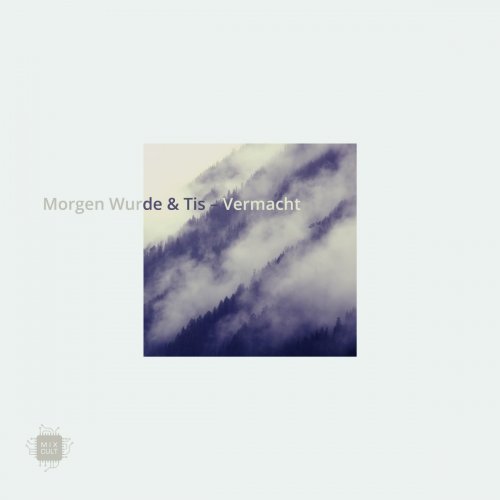 Classical instruments intruding deep techno realms are a rarely witnessed incidence. Electroacoustic sound masses on these recordings elevate the mental dimension of the dance experience to mystic heights. Alienated symphonic grandeur, archaic drone, industrial clang and hypnotic beats are mixed on this album in a supernatural manner.
Masters of their instrumental crafts supplied the substance: David Strother (electric violin), Tetsuroh Konishi (trumpet), Georges-Emmanuel Schneider (violin) and Doug Perry (vibraphone).
Tis and Morgen Wurde shaped the rich sounds further: Tis, founder of Roo Records, is known for his very own transcendent minimal techno style. Morgen Wurde is Pop Ambient artist on Kompakt Records and released acclaimed cinematic albums on Time Released Sound and Off Rec.
This music looms over you, swaying between awesomeness and unfathomability, flowing transcendently and ominously. A synergy between acoustic and electronic sound worlds, the ancient and modern, the infinite and the temporal. And there's always something ambiguous lingering beneath. It's aboutsomething inscrutable unfolding, inescapably driven by the throbbing pulse pushing on - as it always has and always will.

In the first 3 days after a release date the price is 30% lower. Then it will grow to the standar

Thank you! Your message has been received.